Direct road carrier from / to the EU "for all occasions" 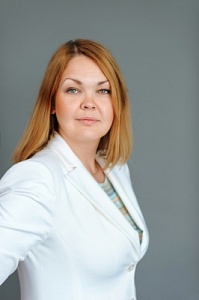 What restrictions on the road transport market to/from the EU exist today?

In addition to the ban on the export of certain groups of goods to the Russian Federation, the 5th package of the EU sanctions actually banned the movement of vehicles of Russian and Belarusian companies through the territory of the EU. Exceptions were made only for a small group of goods, the movement of which in Europe by Russian and Belarusian transport is possible with the permission of the competent authorities of the European Union: gas, oil, refined products; ores of various metals; pharmaceutical, medical, agricultural and food products, fertilizers; humanitarian cargoes. The mechanisms for obtaining such permits are still being developed.

As a retaliatory measure, the Republic of Belarus has restricted the movement of EU carriers on its territory - they can only cross the border and go to designated places for transshipment of goods or transshipping a semi-trailer. EU trucks carrying postal items, live animals, some oversized cargoes, humanitarian goods, as well as medicines and medical products that require special conditions of transportation can go through Belarus without restrictions.

What schemes of delivery of goods by road to / from the EU are currently available?

The following basic logistics schemes are available today for the delivery of goods not subject to sanctions exemptions:
1. Direct, without transshipment/overloading, delivery to/from Russia by EU transport bypassing Belarus through the Baltics or Turkey.
2. Direct delivery via Belarus with the involvement of non-resident transport companies of EU countries, Russia and Belarus (for example, Kazakhstan).
3. Delivery by transport of EU countries to the border of the Republic of Belarus with further reloading of goods or transshipment of a semi-trailer on the means of transport of Russian or Belarusian carrier. Export to the EU - in reverse order.

What new restrictions can we expect and what will they affect?

There is a possibility of restrictions on the movement of transport by European carriers on the territory of the Russian Federation - such measures are persistently proposed by Russian automobile associations. If these restrictions are similar to those applied by the Republic of Belarus, direct delivery between the EU and Russia by road without transshipment will be impossible in most cases. There will still be an option of engaging Kazakh, Serbian and other carriers for direct delivery, but their capacity will not be enough to cover all the needs of the market.

The main scheme of moving goods across the border of the EU and the EAEU in this scenario will be the option of transshipment of cargo or rehitching a semi-trailer at the border.

What problems and risks do transportation customers face?

If restrictions on the passage of EU vehicles through Russia are introduced, Russian customers' ability to use road carriers directly to deliver cargo to and from the EU will be critically reduced. The delivery will be carried out in two "arms" by different carriers, plus a stage of warehouse transshipment. The customer in most cases will be forced to abandon direct work with road transport companies and begin to cooperate with freight forwarding companies.

This will not necessarily lead to a deterioration in terms and reliability of supply, but in any case will create additional risks associated with the restructuring of customary logistics schemes and an increase in the number of contractors involved in delivery.

There will also be an increase in the time and cost of delivery due to warehouse operations for transshipment of goods. The option of re-hitching, i.e. the transfer of a semi-trailer from one transport company for temporary use by another carrier (and even a foreign one), will be difficult at first, until cooperative relations are established between different transport companies on both sides of the border.

How can you level out the emerging risks?

The best insurance against the expected risks is to work with transport companies that have their own fleet of vehicles simultaneously in the EU and Russia/RB. In this case, even under the condition of mandatory transshipment/transshipment at the border, the entire delivery is made by one carrier using his own transport.

TELS CARGO is such a carrier - we have companies with vehicles registered in the Czech Republic and Russia. At the moment we can carry out for our clients: a) direct delivery of cargo from EU to Russia (and back) on the rolling stock of Czech registration bypassing Belarus; b) delivery of cargo in a semi-trailer with coupling on the border of Belarus: Czech tractor in Europe, Russian tractor - on the territory of EAEC; c) can implement a scheme involving a European transport company for transportation in the EU under our control (read more - "Forwarding in TELS CARGO").

In the case of the delivery scheme with our transport only, there is no additional time required for transshipment of goods from one semi-trailer to another, because we have no obstacles to simply hitch our semi-trailer to our own hauler. When working with other carriers sometimes the cargo still has to be reloaded, but we are working to reduce such operations as much as possible.

In the event of restrictions on the movement of EU vehicles in Russia, virtually nothing will change for our Client organizationally - he will continue to work with one carrier who will deliver cargo to/from the EU with his own vehicles under one contract. The logistics chain, interaction practices and quality of service will remain unchanged.